MOTORBIKE ROAD COLLISIONS – THE IMPORTANCE OF GETTING A SPECIALIST’S OPINION

As we approach mid-July and more motorbikes appear on the roads, the number of collisions between bikes and other vehicles usually increases. Liability for these types of collisions are not always straight forward as demonstrated by a recent case handled by JMK Solicitors, which shows the importance of having a specialist road traffic lawyer on your side.

JMK acted for a motorcyclist who was proceeding along a road when cars in front of him began to slow at a junction. He looked for oncoming traffic and seeing none, he proceeded to overtake the slowing vehicles. As he was doing so, a car turned right into the junction, colliding with the rear end of the motorcycle causing it to be written off and the rider suffered significant injuries.

Cieran Marshall, the solicitor in JMK who acted for the client takes up the story.

“I believed that despite the uphill battle faced by our client that it was likely that he was not completely to blame for the accident. As he was unable to come to our office I visited him at home and took extremely detailed instructions as to what had happened and I later visited the scene of the accident. After further doing some research into decided case law I was convinced that our client could succeed in showing that some blame lay with the driver of the car.”

After initially continuing the liability dispute in full Cieran was able to set out for the car driver’s insurance company the difficulties that had been caused by their policyholder and they eventually agreed to accept a split liability for the accident. Our client was truly delighted that he will be receiving much needed compensation for his injuries and other losses arising out of the accident.”

The Highway Code recommends that motorcyclists:

Failure to adhere to the above could ultimately result in you being held liable if a collision occurs.

If you have been involved in a road traffic collision, please contact JMK Solicitors on 028 90 320222 and we will act quickly to investigate and guide you through your claim. For more information, visit jmksolictors.com 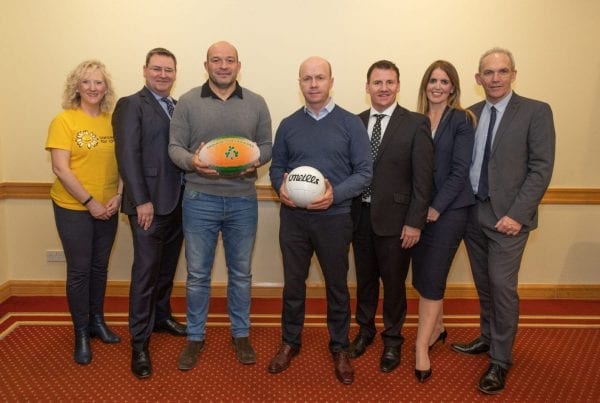 JMK Solicitors sponsor “An Evening of 2 Halves” in Belfast 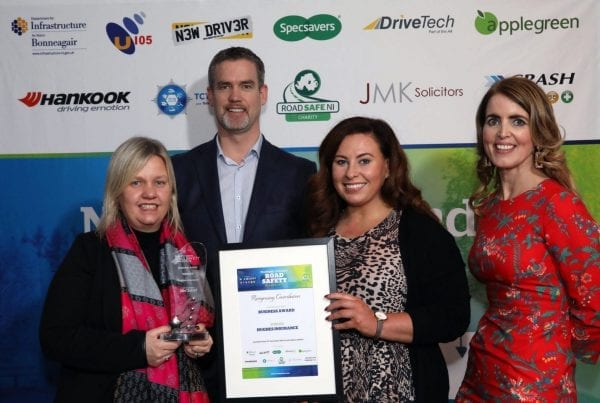